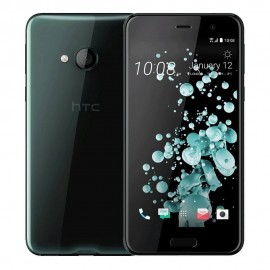 HTC will forever be considered one of the renegade mobile phone makers that challenged the ‘big boy’ names by making innovative and high-quality phones at a price considerably more affordable than the competition. In fact, HTC was (and is) so respected as a manufacturer that Google chose them to make the first ‘Google’ phones – the legendary HTC Dream and HTC Magic. Models such as the Hero and Desire followed, eventually spawning the best-in-idustry ‘M’ Line (aka HTC One) that made them one of the best in the business. The new ‘U’ Line carries on that tradition of top phones and excellent prices That, of course, means that refurbished HTC phones provide some of the best value for dollar around.

HTC’s tagline, ‘quietly brilliant’, could not be more perfect. With some of the best features around and subtle, sleek, designs, the manufacturer does not feel the need to over-promote or hype their products. But we know their quality, and that’s why we carry a wide range of refurbished HTC phones. An affordable classic like the HTC One x9 handset will cost you only $149. The memorable HTC Desire refurbished is similarly affordable at just $187, while an HTC U Ultra refurbished offers great value for money at $279. Of course, everyone wants to know what kind of deals we can offer on a refurbished HTC One and the new top of the line HTC U handsets. The answer is, of course, fantastic ones! Classics like the M8 and M9 go for just $199 and $229 respectively, while the HTC One Max is surprisingly affordable at $490. If you must have the best, though, look no further – we proudly carry the HTC U-Play. And even with a Grade A rating and capacity of 128 GB, this powerful handset can be yours for just $249!

HTC refurbished phones offer some of the best value for money around – and for the best deals on the highest quality pre-owned mobile phones, look no further than Phonebot!