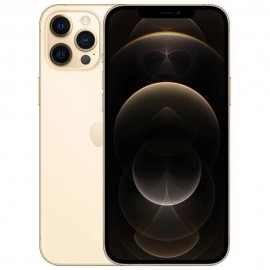 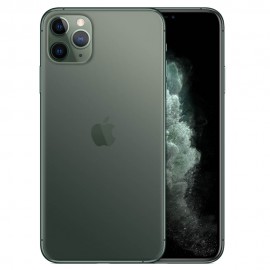 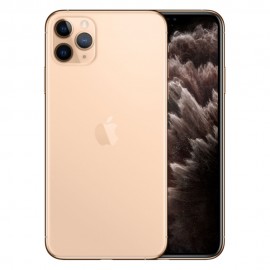 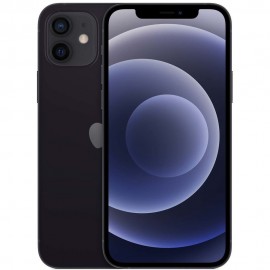 Mobile phones come with various features; these features keep on upgrading with every new model released. An individual may want to try different models and all-new features with every new model but the fact is buying high-end brand new devices is quite expensive. However, Refurbished Apple iPhones and Apple iPads are not so expensive and perhaps you can trade-in your old device with a newer updated version by paying cash on top.

So, if you love to test and play with the latest phones, and try out new features of the latest releases, then going for a refurbished model is the best choice. All major phone manufacturers keep on upgrading their mobile phone lineups with interesting features and applications. Buying a refurbished mobile gives you the freedom to change it whenever you want without losing an arm and a leg.

What is a refurbished phone? Is it as good as cheap used ones?

Refurbished phones have already been used by another person but they are not exactly sold as-is. Any person would have purchased this phone and returned it for any reason. Once a phone is purchased by a customer, count it as used. Later on, the person may have returned it due to technical or usage issues or traded it in for an updated version. Heck they might have it even switched from iOS to Android or vice versa. Cheap unlocked mobile phones might be brand new but won't have the same performance as an older model iPhone or perhaps an android. They only have one good thing about them, that is the price tag but the good news is, you dont need to compromise anymore. You can still be within your budget and buy a performance packed phone if you buy it from Phonebot

Once the phone returns to an expert seller like us, it undergoes thorough checks and testing. All features like the battery, camera, buttons, screen, display, internet connectivity, go through thorough testing before it is put up for sale. Faults, if any, are rectified, and the phone is updated to the latest version of the operating system. Then, the phone labelled as a refurbished phone and graded accordingly is put back in the market. As this phone is second hand, it cannot be sold at the original price, hence, refurbished phones are sold at a comparatively low price.

Advantages of buying a Refurbished phone

The first and most appreciated advantage of buying a refurbished phone in Australia is its price. Not every person is capable of buying a brand new smartphone or tablet because of their high costs. But that doesn't mean that you should miss the pleasure of using such high-end ones. Go for preowned mobiles and enjoy the same features at a relatively low cost and enjoy the luxury on an affordable budget. Moreover, you'll get regular accessories like a charger and cable too plus most devices come as unlocked so they will work with cellular networks globally. The second benefit is the sustainability factor. If the demand for a brand new phone is high, manufacturers will be engaged in mining and procuring raw materials and rare earth metals required to build a device. On the other hand, if the demand isn't strong enough, manufacturers will curb their production and look for alternate sources to increase revenues, pushing them to innovate and perhaps rely less on products and more on services.

When you buy these devices from a highly rated seller, you will also get a comprehensive warranty. Generally, the warranty period will be between 1 to 24 months.

Buying a Refurbished smartphone is always better than going for a used phone, simply because it will be thoroughly checked and fixed if necessary by the seller before resale. Most sellers also accept returns within a specified period. So, in case you find any issue with the received phone or unhappy with its performance, you can always return it within the given period. The same doesn't apply when you buy a used phone from a private seller though. Its yours whether working or faulty.

Once a mobile goes through testing and ready for sale, Grading is done based solely on its cosmetic condition. The thumb rule of grading ranges from A to D except "Open box" and "Like New". Let's know what this grade means.

Open Box: These phones are brand new in their original packaging. They have simply had their boxes opened to check the contents, and perhaps been turned on to ensure proper operation.

Like New / Ex-Demo: Devices so well kept you would be hard-pressed to find a scratch on it. These generally come with all accessories in a generic box.

Grade-A / Great / Good: The best value for money devices that generally exceed expectations. Very well maintained and fully working units in excellent condition and without any damages or faults. Generally, Grade-A phones are the ones that were least used or used very carefully with a tough case.

Grade-B / Used / Fair: Some scratches, dings and dents will be noticeable including issues like a minor screen burn. Functionally sound but cosmetically an eyesore but with a very catchy price tag.

Grade-C: Full of blemishes, dings and dents with heavy wear and tear across the body including deep scratches on the screen. Some sellers like Phonebot don't carry this grade and use it for parts elsewhere

Grade-D: This is the last grade given for broken devices. Grade-D indicates that the phone has been extensively used and dropped occasionally. It may have some major physical damages that can be easily noticed. Grade-D are least preferred for a deal as they can have cracks on the back or on the screen

Some of the best choices to look for:

Most of the high-end smartphones can be found in ex-demo condition from online sellers. Some of the best and trending top pick of 2020 in this category include

Before you buy, make sure you tick these boxes

Cosmetic Condition: Though the device goes through inspection and fixes for issues, if any, there is no assurance that problems will never re-occur. There is some chance of problems reoccurring like any other gadget

Seller Profile: Look for highly rated sellers that are in the business for years. Due to the recent pandemic, heaps of dodgy sellers have started selling these devices online which you must avoid at all costs. Coles have recently started selling refurb devices but traditionally Phone bot, Kogan, Ebay, Gumtree, Telstra, Boost sell them outright or on a plan

Included Accessories: Though most phones come with a charger and cable, it may not have other original accessories like headphones.

Packaging: A brand new smartphone or tablet always comes with a user manual and original packaging, however an ex-demo mobile may not have a user manual or warranty card, and it may come in a simple plain box.

Battery Life: Ensure the smartphone or tablet has adequate battery life and whether it comes with a new battery installed. Some sellers might not consider battery under warranty as its a wear and tear item but most of the sellers do, regardless, its utterly important that you check the battery capacity either via settings if you're using an iOS device or via a third-party app like AccuBattery available via Google Play Store.

Buy Now Pay Later: Some sellers offer to buy now pay later services like After Pay and Zip Pay. If your living paycheck to paycheck on a tight budget then these services will certainly help to spread out the cost of your purchase over a few months.

However, these limitations are very negligible when compared to the advantages. So always go for a highly rated seller as Phonebot and make the right choice in choosing your next smartphone or iPad.

Our huge range of preowned, ex-demo, second-hand devices are fully refurbished, tested and sanitised. They are simply better than used/second-hand phones since they are thoroughly tested for functionality and often times than not come with new batteries. Shop our huge range of smartphones including Samsung, Apple, Google, Huawei, Motorola, LG, Sony & Oppo today.

Is it worth buying a refurbished iPhone?

Yes, refurbished are definitely worth buying. These are devices which had some part replaced according to OEM guidelines or devices which are returned to due to change of mind policy are sold as refurbished ones. They have the same features and functionality as the original phone. They offer greater value for money and work the same as a brand new device.

Where's the best place to buy a refurbished iPhone?

You should only buy a refurbished phone from reputable retailers like Phonebot in Australia, they have 2000+ reviews, shipped 100,000s of devices with 1000's of customers who vouch for them.

Is it better to buy a used or refurbished iPhone?

Refurbished phones work and last just as long as brand new phones. These are phones which have parts replaced or repaired according to OEM (Original Equipment Manufacturer) standards due to some minor fault. They can even last longer than new phones.

Which is better renewed or refurbished?

Amazon came up with the term 'Renewed' perhaps because everyone was using it and they wanted to stand out a bit. Essentially these are two different terms for the same product, the same sellers who are selling refurbished devices on their website, sell it as renewed on Amazon.

What are the disadvantages of refurbished phones?

The main disadvantage of a refurbished phone is the limited warranty, usually, reputable retailers offer 6 months warranty which is less than a new smartphone, and depending on the Grade you choose, it might have some minor dings, scratches or battery life may not be 100%. Apart from that, they don't have any disadvantages.

Which site is best for refurbished phones?

You should always buy refurbished phones from reputable retailers like Phonebot in Australia. We have excellent ratings/reviews, thousands of satisfied customers and a huge variety to choose from.

Can refurbished phones be hacked?

No, they cannot be hacked. Refurbished phones from reputable retailers like Phonebot are devices which have parts like screen or battery replaced due to some minor fault according to OEM (Original Equipment Manufacturer) guidelines. They are running the official operating system of the device and are just as secure as a brand new original phone. You can even receive official security and OS updates on them.