OnePlus Technology (Shenzhen) Co., Ltd., commonly referred to as OnePlus, is a Chinese smartphone manufacturer based in Shenzhen, Guangdong. It was founded by Pete Lau (CEO) and Carl Pei in December 2013. The company officially serves 34 countries and regions around the world. We are offering Best Deals On OnePlus Unlocked & Refurbished Phones. Check Grading For More Info
Sale 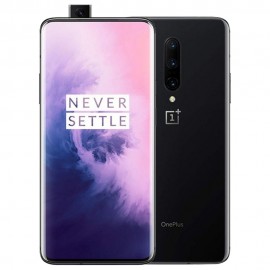 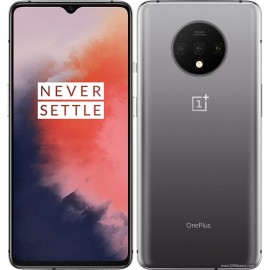 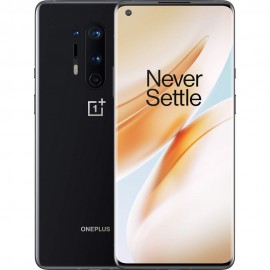 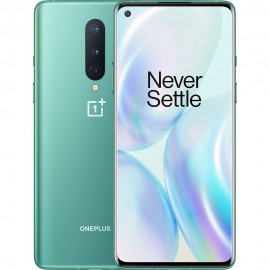 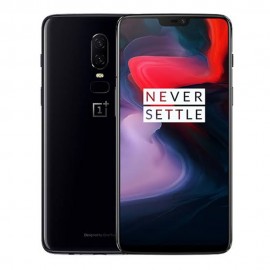 Oneplus X [Like New]CraftsmanshipWe believe that a smartphone should feel instinctive, fluid, and u..
$299.00 Ex Tax: $271.82
Sale
Sold Out 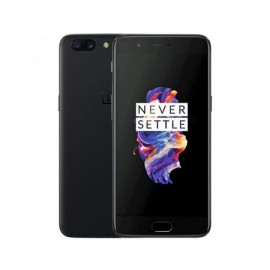 Should you settle? OnePlus Review

Founded in 2013 by Pete Lau and Carl Pei, OnePlus is a Chinese Smartphone manufacturer that has released numerous phones into the worldwide market. Selling millions of affordable handheld devices every year, OnePlus has earned a place in the Smartphone world.

Here, we hope to give you a comprehensive history of the OnePlus handsets that have been released in the last 3 years:

The OnePlus 5 was the perfect foot forward for cheap mobile phones to plant their flag in. This device was certainly short-lived as only 6 months after its release; the company dropped the improved OnePlus 5t model. The OP5 offers a premium feel that many other companies spend a lot to achieve, with a brilliant 5.5 Full HD AMOLED display and a full day's worth of battery.

The camera was impressive for the cost of the phone, its release date, and the company that made it. With a dual 16mp + 20MP rear lens that took staggeringly good high-quality photos and a nice selection of video options within including 720p, 1080p, 1080p at 60fps, or 4K recording. It offered great value compared to the price and still is a great phone in 2020. A refurbished Oneplus 5 will set you back $349 and is a bargain at this price.

A direct replacement upgrade from its predecessor and the 5T boasts a few minor upgrades but all in all, the design remains very similar. Adding a slight physical redesign with a larger 6.01-inch screen and an 18:9 aspect ratio, facial recognition software, and an improved rear camera with an increased aperture of f/1.7, the 5t offered a noticeable improvement for the exact price of its predecessor which make it a great mobile phone deal.

Although the screen was not as sharp as others released around the same time, that’s not to say it wasn’t good. While it was keeping a clear punchy vibrancy, the display wasn’t the only thing they altered. Smaller bezels and the removal of the physical navigation key on the front were both welcome changes that, alongside the metal uni-body, offered a much more premium feel.

The OnePlus 6 follows many of the trends set by the former models yet manages to bring the phones into the new era. With a polished and premium gorilla glass front and back, the 6.28-inch screen stays at the simple HD resolution. Under the hood, it’s powered by the Snapdragon 845 processor and can handle your daily task just fine. You find many deals on it online or you can opt for a used one if you're into used mobile phones.

With the screen and the textbook 16mp and 20mp dual-lens rear camera and the 16mp front-facing, this phone wasn’t a huge leap forward for the company in regards to tech but it definitely felt more like one with the design improvements.

Continuing the company’s progress is making incremental improvements for the phones they release every 6 months, this addition into the catalog is still a welcome one with some small improvements. The most noticeable thing about this phone is that they removed the 3.5mm headphone jack, so wireless earphones are the way forward. It still sports the sleek and smart design that OnePlus has been crafting over time but this was likely to put some fans of the brand off. With the fingerprint sensor now embedded on the 6.41-inch AMOLED screen, the brand still hasn’t moved up to the QHD displays.

The clear improvements have to be the stunning battery life that we saw last well over 12 hours with light usage and the cameras are still quite good too; a 16 and 20mp dual rear camera and a 16mp front facing, this shooter can rival most top-end handsets.

Released alongside the OnePlus 7 Pro, 7t, and 7t Pro all in the space of a few months, this handset went a little unnoticed by most. With a 6.41-inch display and Full HD resolution, this offers a 19.5:9 aspect ratio which provides an all-around better viewing experience.

This phone did introduce a front-facing speaker with some revamped values to the rear cameras with the introduction of the 48mp lens with a 5mp depth sensor that takes some really nice quality photos and an a16mp front-facing that doesn’t disappoint either. Sadly this Smartphone is somewhat more of the same with battery and general power, thankfully they didn’t jack up the cost as the OnePlus 7 price still sits at a reasonable price especially if you go for a refurbished one. You can buy a refurbished one from a reputable retailer with a warranty.

Another powerful but ultimately typical release by OneNote, faster Warp Charge 30T tech allows for a 0-100% recharge in about an hour, the battery life after that is decent; lasting all day with average use. Sporting some recognizable cameras, this handset comes with a 48MP wide-angle, 16MP ultra-wide, and a stunning 12MP telephoto lens for the rear cameras. It also has a standard 16MP front-facing camera which provides sharp and clear photos that only suffer slightly in low light. It's better to go for unlocked phones than a locked one so, we recommend going for an unlocked if you're on a budget or want to save money.

With a 6.55-inch full HD+ AMOLED display and 90Hz refresh rate, this phone manages to reduce blue light by 42% without compromising the colors.

The slight bothersome design issues are the lack of a headphone jack and the pronounced camera module that stops it from laying flat on a table. The price for a like new 7T is $779, which is still a very good deal in our opinion.

OnePlus brought something interesting in with the OnePlus 7 Pro; the pop-out camera. With a 6.67-inch screen touting a 90Hz refresh rate in its ‘Fluid AMOLED’ display, unlike the Samsung S10 which has a regular 60Hz refresh rate. This is the first true all-screen phone that is available for worldwide purchase thanks to the intriguing 16MP front-facing camera that has a satisfyingly smooth mechanical pop-out feature.

Speaking of cameras, this edition of OnePlus is the first to introduce a triple-lens rear camera with a 48MP main, 16MP ultra-wide, and an 8MP telephoto lens for a 3X optical zoom. Furthermore, this phone was one of the most powerful for its time and had decent battery life to boot, lasting nearly 2 days.

This version of the OnePlus is somewhat lackluster as it does not offer sufficient improvements to really warrant its existence. Although it is still a great phone, the upgrades from the previous 7t are nominal.

With a 6.67-inch display with curved edges, the screen is a true full-screen experience with no hole-punch for the front-facing camera, the front-facing lens shares the pop-out feature with the 7 Pro. The 7t Pro has been hooked up with a 48MP main, 16MP ultra-wide-angle, and an 8MP telephoto rear triple-camera.

This phone has a smooth and aesthetically pleasing look and a battery that comfortably lasts the whole day. The price for a refurbished 7t Pro is $729 if you opt for the 256GB version.

Costing notably less than other handsets of its generation, the OnePlus 8 is the culmination of a selection of trends. This handset has a 6.55-inch AMOLED display with Full HD resolution and a screen ratio of 20:9, relatively narrow but it feels good to hold, also it now no longer sports the pop-out camera and opts for the more commonplace hole-punch 16MP lens placed in the screen.

With the rear module displaying a 48MP main, 16MP ultra-wide, and 2MP macro lenses, the cameras in this model are certainly sufficient but they lack any creative diversity from the other phones of its era. It also lacks a lot of practical capabilities like wireless charging and a headphone jack that cause it to suffer a little in the face of adversity.

The most notable differences between the base and the pro variant are the refresh rate, camera setup, and screen resolution. Both phones are powered by the same Snapdragon 865 processor and have the same HDR10+ certifications You should opt for the one according to your needs and budget.

This variant lacks practical capabilities like wireless charging and a headphone jack that cause it to suffer a little in the face of adversity. The price for the refurbished OnePlus 8 starts at $849 and is a steal as it offers great value.

The high-resolution display with a 120Hz refresh rate makes it a joy to use. If your budget is flexible then you should definitely consider the Pro variant. The price for a refurbished 8 Pro starts at $888.

The OnePlus Nord continues on the trend of doing a lot of things quite well but no one thing perfectly; that being said, what you get in this phone is astonishing for the asking price of AU$850. With a 6.44-inch full HD screen with a 90Hz refresh rate, the display and design of this phone are quite lovely and somewhat contradict its affordable price and is the best budget phone. It's true you can buy cheap iPhones these days online but there's something about the Nord that feels right and it feels somewhat premium.

Packing four rear cameras of 48MP main, 8MP ultra-wide, 2MP macro, and 5MP depth sensor lenses with two front-facing cameras, 32MP and 8MP, adorn this diverse bit of tech and help push it far ahead of any other “budget phone” of this generation.

You can expect decent quality from OnePlus as with a fair bit of usage, the charge was in the teens by the end of a 15 hour day and can easily last you a whole day thanks for the OS's optimizations. The price for Oneplus Nord starts at $569.

If is anything to be said about the Oneplus phones, it’s that you get a great, premium quality handset for almost half as much as what would be considered to be the industry standard. These phones are really quite impressive, if anyone is after a phone that packs a lot of gadgetry for a truly reasonable price, then these are the ones to look out for.