The S20 line consists of flagship Galaxy S20 and Galaxy S20+ models differentiated primarily by screen size, as well as a larger camera-focused model, the Galaxy S20 Ultra. Key upgrades over the previous model, in addition to improved specifications, include a display with a 120 Hz refresh rate, an improved camera system supporting 8K video recording and a super-resolution zoom of 30–100×, depending on the model 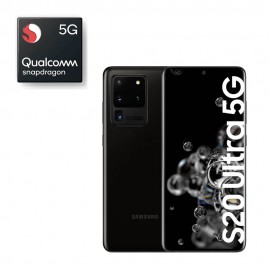 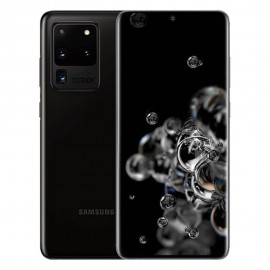 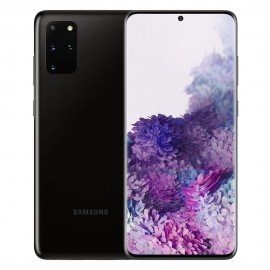 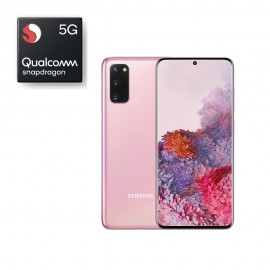 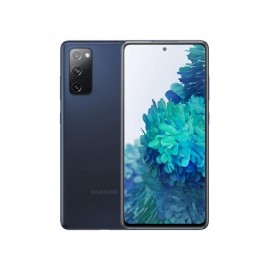 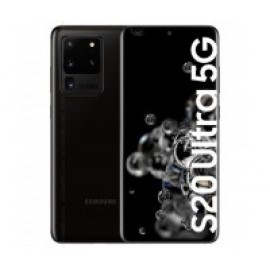 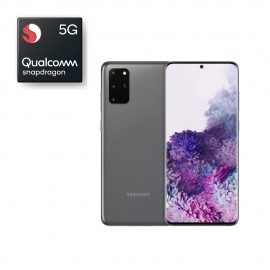 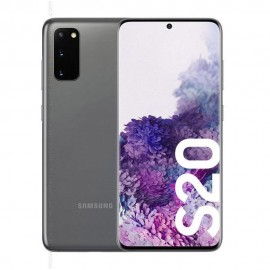 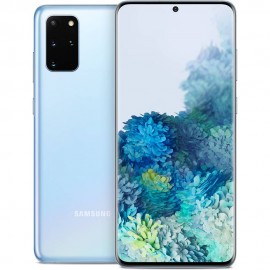 In this guide, we are going to be taking a look at the new Samsung Galaxy S20 range. Perhaps not the most impressive step forward for the ‘S’ line-up but still, a welcome addition to the family with new features of an upgraded camera, battery life and lots of power all topped off as 5G ready. You have a wide variety of options to buy from like Cosmic Grey, Cosmic Black and an infinity display.

We will also be mentioning the Samsung Plus and Samsung S20 ultra specs for comparative purposes.

If you’re a fan of a Samsung then this guide should be a nice and brief explanation as to what this new phone is all about.

Sleek; that’s the first word that comes to mind with rounded edges providing a smooth and satisfying feeling to hold. A simple design of an aluminium frame between two pieces of glass that slightly wrap around the display, thankfully those rounded edges aren’t quite as steep as they are in previous models which should lend to less accidental screen touching. That being said, it still isn’t a huge departure from the former Android models as at a glance you would instantly know that the phone was a Samsung and it still offers microSD card slot.

There are two irksome “features” of this phone; one is that the rear camera does not sit flush with the back of the phone. I know it's probably designed that way so as to fit all the important lens tech in there but when you lay the phone down, it wobbles on the desk and it is noticeable. For a quick fix to that and something that is always a good practice, it may be worth Googling for a Samsung S20 or a Samsung S20 Ultra case as it will prevent that wobble and keep your new phone safe. But the cameras are great and the shots are sharp with excellent dynamic range, pictures captured with digital zoom also turn out great as compared to an iPhone.

The other issue is the lack of a 3.5mm headphone jack. It feels like just 4 years ago that Samsung was making fun of Apple for removing the headphone jack in their adverts; fast forward to now and the company changed sides. If you want to use a headphone then you have to get your hands on an adapter (don’t worry too much, one is included in the box) but if you don’t want to deal with an extra wire, you could just purchase a set of $149 wireless Samsung Galaxy Buds.

There has been one more design change, you no longer press and hold a “power button” to turn the handset off. So for those wondering how to turn off a Samsung S20; you swipe down to access the notification pane and select the power icon and you can turn it off from there. Alternatively, if you need to hard reset your phone due to a crash or general unresponsiveness, you can hold down the side button and the volume down button for a few seconds and that will do the trick.

They’ve also removed the somewhat pointless Bixby button, can’t say I ever used it though so not a huge loss.

Coming in a nice selection of colours, you can take your pick of Cloud Blue, Cosmic Gray, Cloud Pink, Cloud White, Aura Red.

With a Samsung WQHD+, 6.2- inch screen offering Full HD+ 2220 x 1080 pixels; providing a sharp and crystal clear resolution. A beautifully smooth scrolling experience is offered thanks to a 120Hz refresh rate(120hz screen) meaning a much more aesthetically pleasant scroll through your social media feed and for mobile gamers, this tied in with the new 240Hz touch sensitivity, it could be the difference between a win and a loss.

Something that is a bit frustrating is that you cannot have the 120Hz refresh rate and the WQHD+ function on simultaneously. Meaning you have to choose between the faster loading picture and the higher resolution display. It was shipped with Android 10 but later upgraded to Android 11.

It is sporting 4 cameras; on the rear, we have a 12 Megapixel main camera, a 64MP telephoto camera, and a 12MP Ultra-wide. Even without the Time of Flight sensor, you’ll still be sure to take impressive pics. The S20 range also introduces recording in incredible 8K, and although you are restricted to 24 frames a second you’ll be able to export and crop without losing any quality. All of that is finished off with a 10MP front-facing camera. The phone automatically detects when you're in a low light situation and the night mode brings a great amount of details in the shots.

The battery has not been drastically improved, after a full day of relatively heavy use, there was still around 20% left by bedtime. If you get a wireless charger for wherever your phone sits most throughout the day then even this can be combated, leaving you with more than plenty of power to keep the phone going. Both variants support an in-display fingerprint sensor.

You’ll get the Exynos 990 or the Qualcomm Snapdragon 865 chipset depending on where you are located in the world but this fact isn’t really relevant as they are of equal power. Both keep your handset moving at an equal pace and neither cost it any more charge. All variants of the S20 Line-up support wireless charging.

A little larger than the base model but a tad smaller than the plus, for which I am grateful but there are a few issues. The chassis will vibrate when the speakers are at top volume but after that, it’s much like its counterparts with no 3.5mm jack or Bixby button.

With a 6.7-inch screen with WQHD+ resolution, the only thing being that much like its counterparts, you cannot utilize its full capacity in both resolutions and refresh rates so you have to pick between super fast/smooth animation and QHD display.

The cameras in this phone are the same as in the standard; 10MP front-facing, 12MP Ultra-wide, 12MP wide-angle, and a 64MP telephoto. Not much of a difference.

In regards to the S20 Ultra Camera, there are a few very impressive features, keeping its Time of Flight sensor to determine point distance in the lens for one but also providing the user with a 12MP ultra-wide lens, a 48MP telephoto lens with 100x optical zoom, it's sporting an impressive 40MP front-facing camera already considered to be the best selfie camera available and for the highlight, a 108MP wide-angle camera. The times 10x zoom is plenty, I’ll lay it out for you now, anything further and you are sacrificing picture quality.

Price of Samsung Galaxy S20, S20 Plus, and S20 Ultra in Australia

For better Samsung S20 deals, it may be worth getting a refurbished one.

If you are wondering why you should buy the base model when the S20 Ultra is, comparatively, a far better phone then the main reason is the size. The Ultra is, quite frankly, huge and a little unwieldy. Otherwise, the S20 Ultra has the standard beat in every other way.

That being said, the sweetest spot may actually be the Plus variant slap bang in the middle. Not too big has slightly better tech but doesn’t have the bulk.

It is important that you realize these phones do not have a huge difference between them if you’re after a bigger screen and better quality with a more powerful camera then keep going up in price and you’ll see the correlation is clear.