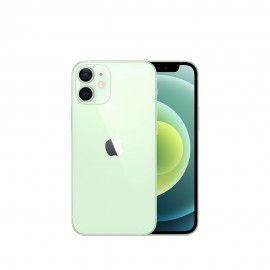 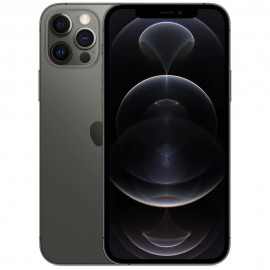 Whether you’re a long-time fan of Apple, a recent passenger on the bandwagon or if you’ve never bought a new or refurbished iPhone before, you are bound to have heard about the latest iPhone. The new iPhone 12 release date was October 23rd 2020, which saw it hit shelves and then fly straight back off them again. In this article we’re going to tell you everything you need to know about it and why it’s the perfect time to buy iPhone 12.

You’ll be pleased to know that those iPhone 12 leaks that came out a week prior to its release were not all that accurate but the ones regarding the chargers were, however, were true, these won't be coming with a power adapter inside the box.

Going straight in with a slight redesign, it’s been given slightly rounded features and Ceramic Shielding that provides four times the protection for the 6.1-inch, and 6.7-inches for the Pro Max, the screen of the previous model. But if you’re anything like me and are pretty picky on the specific hue of your handset, the options of iPhone 12 colours are black, blue, green, red, and white while the 12 Pro and 12 Pro Max come in the more sleek and sophisticated blue, gold, graphite, and silver; making a decent selection for you to choose.

Its built water and dust resistant to ensure no mistakes put you out of $1,229 AUD, able to be submerged down to 6 meters for 30 minutes before any trouble occurs on the inside. Take it jet skiing and you may have a chance to damage it but for average day-to-day usage, the extra resistance can offer you some nice protection from drops and drowning.

The phone does not come with a charging block or EarPods, for the sake of “environmental goals.” Meaning that if you’ve moved from android to Apple or were waiting for the new phone knowing that it would come with replacement parts if your current ones had broken, you’re out of luck. The wire is a Lightning to USB-C which is a more unique variety, meaning that those who make the 12 their first purchase may need to shell out an additional $19 for a charging block that is actually compatible.

With the introduction of the MagSafe which can be used to charge the device faster wirelessly and provides a click-on magnetic function for accessories like chargers or holders, and sporting 5G that project the connectivity onto a whole new level; the latest iPhone is pushing for a more modern and accessible user experience.

Flaunting a fancy 6.1-inch OLED Super Retina XDR display with a resolution of 1170 x 2532 pixels and a PPI or pixel per inch density of 460, viewing pictures or videos encoded in HDR will pop like never before and iOS 14 feels amazing on the OLED display. All of that is protected under Apple's Ceramic Sheild which makes it tougher than other smartphone glass and offers better drop protection and durability than the previous iPhone models. With a huge increase in the viewing quality thanks to the screen, the display is crystal clear and smooth and provides a sharp aestheticism that is tough to complain about.

Perfectly visible at all times as it supports up to 1200 nits of peak brightness, even in direct sunlight allowing you consistent viewing habits regardless of the time of day.

The new iPhone provides us with a 12-megapixel camera system which consists of telephoto and an ultrawide lens, not a tremendous update from the former models but the ultra-wide lens will allow you to take some splendid pictures with greater inclusion of scenery and subjects. If you loved night vision mode on last year’s models then you’ll appreciate that it’s made a return on not one but both rear sensors. Increasing the exposure of your shots and allowing more light into the lenses, this is what gives you those impressively clear and well-lit pictures. Allowing you to take pictures in low light and have them look like the middle of the day which is a huge improvement from the iPhone 11.

On the front of the device, you'll find a 12-megapixel truedepth camera which has been upgraded by an immediately noticeable degree, providing clearer and better-focused selfies. However, it is not without flaws as the self-portrait mode that can blur the background behind you really struggles with stray hairs and can wind up cutting bits of fringe in half as a result; causing the pictures to lose a lot of quality. The night mode is capable and helps in bringing out more details. However, the base model does not have an optical zoom feature, which the Pro and Pro Max variants have.

One thing that must be mentioned, if you are looking for the best recording and picture quality then you may have a better time pushing up to the iPhone 12 Pro or the 12 Pro Max which can handle 4K 60 frames per second recording with Dolby Vision, as opposed to the standard 12’s 30fps.

Additionally, the 12 Pro and Pro Max have the new LiDAR scanner, this nifty bit of kit allows the phone to project lasers that judge the distance and depth of what is in view. It also supports Deep Fusion, Dolby Vision HDR and Smart HDR 3, an artificial-intelligence like a function that can differentiate and figure out what the photo is comprised of.

The battery life of an Apple device is usually the most controversial part of them but you’ll be pleased to learn that, although not an incredible leap in advancement, the 12’s battery life has indeed improved. It offers around 12 hours of streaming video playback, 65 hours of audio playback and around 17 hours of video playback. After a day of average use, the battery was still clocking in over 50% charge (Something that would have been unthinkable a few years ago), however as expected, the more you move around and the more the device connects, and reconnects to the 4G and 5G networks the faster it depletes. The difference will be noticeable if you're upgrading from the previous-gen models like the iPhone X. If you're worried that the 5G will consume more battery then you'll be pleased to find out that it automatically switches to let when there's no 5G to when the 5G reception is low.

With this model, however, you should be able to watch an entire 100 minute HD movie and it should barely cost you 10% of battery charge; that’s amazing news for a new iPhone. The battery is perhaps not as good as Android but still perfectly acceptable if you make good use of the MagSafe charger that you could have laying on your desk or sofa side table you won’t have to worry about rushing off for a quick re-charge before the evening is out and on top of that, you can charge it wirelessly as it supports wireless charging.

It supports Dolby Atmos for a more immersive audio experience and you can record, edit and play Dolby Vision Video or use Airlink to stream it to a smart or Apple Tv.

In all honesty, the improvements in this are varied from pretty great to barely recognizable. There’s great potential in these phones; while the pro and pro max models provide the best camera that Apple has ever come out with the differences surrounding that are quite small and all support the eSim feature just like the previous iPhones.

The Max variant has a far better camera but the 6.7-inch screen feels a little too big to me. Tied in with its sharper-edged design, it’s not super comfortable for longer sessions of use though.

A refurbished iPhone 12 64gb starts at $1149 AUD, making it one of the least expensive Apple phones in the new lineup but with its design and specs, it’s clear this is the phone Apple wants you to choose. If you're into smaller phones though, well Apple has released one just for you in the form of iPhone 12 mini 64gb starting at $1049. The difference between the general tech specs isn’t super noticeable either as all models sport the same Apple A14 Bionic chipset and the Max variant's camera is barely better than the Pro but you'll find it better than the previous generation neural engine. If you're on a budget, you can go for a refurbished or a low cost unlocked older-gen iPhone. If you have ever used a preowned device before, you'll know better about saving a ton of money as compared to buying brand new.