Rumors of the new Apple iPhone SE 2 or iPhone 9 reportedly emerged sometime after the launch and release of the iPhone SE. It is supposedly considered as the successor of the SE. It is considered to be a cheap iOS device worth buying.

So far, the well-discussed smartphone is yet to be released and not much is fully known about it. But that doesn't stop any tech lover from checking and calculating what the final product made would actually look like. So, let's get to breaking down some key features and functions to better understand this new device.

Apple iPhone SE 2: What Exactly is it? 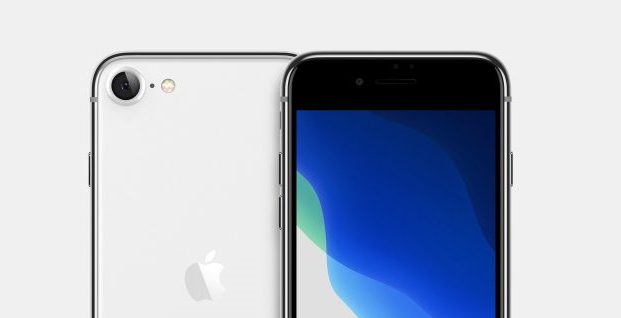 So rewinding back to 2016, Apple dropped the SE which was at the time the cheaper, affordable, and smaller phone that Apple lovers and alike could use. Coming back to 2020, we have the yet to be released SE 2.

Now, the iPhone SE 2020 is basically considered as the upgraded 2020 version of the earlier mentioned SE. With some tech analysts claiming it to be the latest iPhone in the supposed SE series, It is still unclear whether it will be named iPhone 9 or SE 2.

Some are even claiming that it would be a more popular release than the 12 which is also yet to be released. Currently, there are only speculations, rumours, and expected features regarding the phone, given how the parent company has yet to issue any details about the concerned phone at hand.

Check out our Blog:All you need to know about iPhone SE 3

What We Currently Know In Terms Of Specs, Design, And Other Features

Much of the speculated body design and tech used in the iPhone 9 has been accumulated from supposed leaked information offered by various online sources.

Design and display: Rumors regarding the design has been a lot. After all, the design is crucial in determining the final make of a good phone. The most common conception of the iPhone is that it will have a design very similar to the 7 & 8.

While some reports suggest it will have the squared edge design which was earlier sported by the 5, the much-anticipated phone will also sport a 4.7-inch display which is smaller than the iPhone X. It'll also have the touch ID option. The 9 Plus is also expected to have a 5.4-inch display.

Other features: Speculations run by tech experts suggest it will have 3GB ram, which is quite low as compared to the 11 but enough to run daily applications and minimal gaming. Its 4.7-inch display will also reportedly have a decent colour resolution. In terms of connectivity, Apple may take away the 5G connection to make it more cost-efficient.

There's also another report which suggests that it may have Face ID recognition or a fingerprint print scanner doubled as a lock button at the top. As with all the current Apple phones, it will also say goodbye to the earpiece jack port so, you'd need to use wireless headphones.

The release date has been somewhat all over the place. The first report of its official release was made to be in March 2020, which of course never happened. Currently, the latest tentative report for the launch is April 15, with shipping to begin from April 22.

Now, regarding the price, it is expected to be a much cheaper product in comparison to other models. The iPhone SE 2 price in Australia will reportedly be around $399, which has a huge gap of about $300 with the brand new iPhone 11.

Even when drawing a comparison with the 8 which was released in 2017 with a cost of $449, it is much cheaper by about $50. This makes it a fair competitor among budget flagship phones on the market.

Will it be worth buying?

The cheaper cost is truly what reels the phone in for most buyers. But if you closely pay attention to some of the tech features it may be having, it also has a fantastic price to spec ratio.

It could eventually become the next big phone to attract other smartphone users, especially in the android user section. The reason is once again the price and also, the latest tech it will be using makes it a fierce competitor for far more expensive android phones like the Samsung Galaxy s20.

Check out our Blog: Apple iPhone SE 3 What to Expect

As Apple is yet to release any official statement regarding the launch, there's a lot of half-truths running around the internet as far as the new Apple budget phone is concerned. Keeping in mind that it's an Apple phone which will probably run on the latest iOS and processer, it will not be as cheap even despite it being the cheaper Apple device.

The one thing which will possibly mark the difference is that it will certainly cost cheaper than the newer versions of the Apple phones such as the 11 and even 12 (which is also yet to be released). This could be a huge win for anyone looking at occupying a much cheaper one with some of its latest chips, processors, and operating system.

This guide will help you If you are still confused about whether you should go for a refurbished unlocked apples iPhones.

Best Apple iPhones You Can Buy