Order before midnight to receive it by Wed 17 AugMetro areas only. Some regional areas might take longer to deliver.
* Deliveries during the Covid-19 outbreak are taking longer than usual. Our delivery partners are experiencing 1-2 day delays due to high volumes.

The iPhone 8 Plus is a smartphone designed, developed, and marketed by Apple Inc. It is the eleventh generation of the iPhone. They were announced on September 12, 2017, alongside the higher-end iPhone X, at the Steve Jobs Theater in the Apple Park campus, and were released on September 22, 2017, succeeding iPhone 7 and iPhone 7 Plus.

The iPhone 8 Plus retain the Retina HD Display found in the iPhone 7, but it now features True Tone technology, allowing for automatic screen adjustments based on surrounding ambient lighting. It can play HDR10 and Dolby Vision content despite not having an HDR-ready display, done by down-converting the HDR content to fit the display while still having some enhancements to dynamic range, contrast, and wide color gamut compared to standard content.

The iPhone 8 Plus upgrades the main camera for a wide-angle lens with up to 10× digital zoom or 2× optical zoom, and retains a second, telephoto lens similar to the one found on the iPhone 7 Plus, but with improved depth-of-field and lighting effects in Portrait mode. Both models have a 7 MP front camera with an f/2.2 aperture capable of capturing 1080p video at 30 frames per second and 720p video at 240 frames per second, along with face detection and high-dynamic range.

The phones have glass backs instead of the complete aluminum housing found on prior models, enabling the use of Qi-standard wireless charging. The phone is rated IP67 for water resistance. It comes with 64 and 256 gigabyte storage options, and are offered in silver, gold, or Space Gray color options. A Product Red special edition version in red with a black front was released on April 9, 2018. The iPhone 7 and 7 Plus special editions had a white front.

The iPhone 8 Plus shipped with iOS 11 on launch, and support iOS 12. 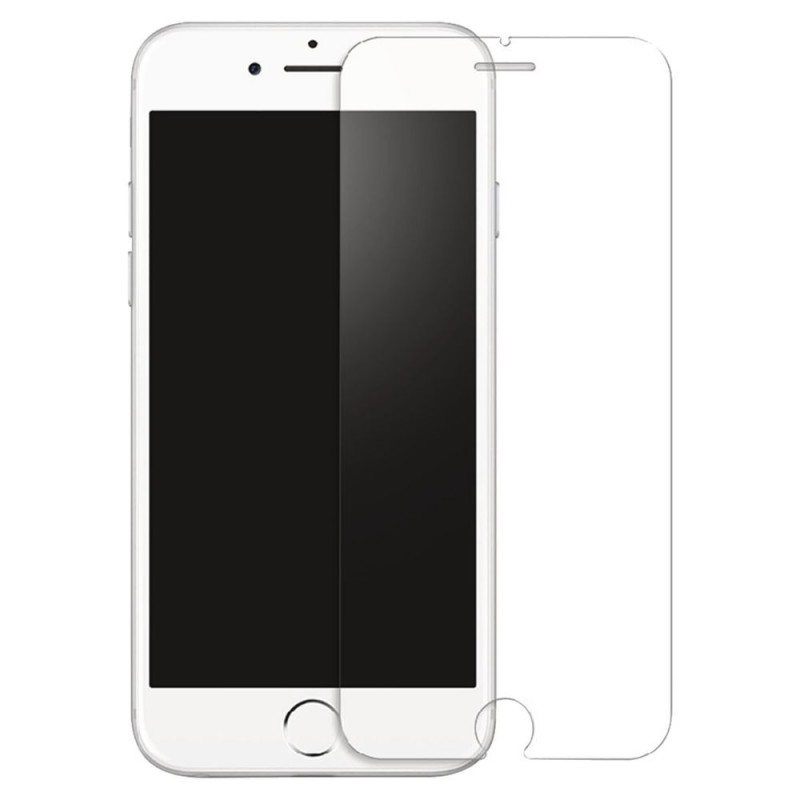