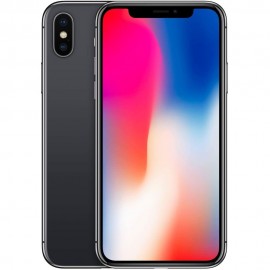 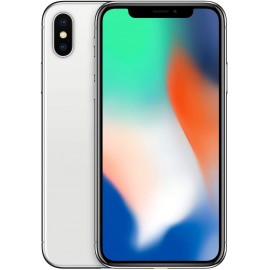 Apple iPhone X 256GB Introducing a New Generation of iPhones The iPhone X introduces users to a new generation of iPhone that does away with the physical button in favour of easy-to-use swipe gestures. Powered by A11 Bionic, the iPhone X 256 GB is thinner, lighter with more screen real estate in a compact form factor when compared to the iPhones before it.   More Than a Million Reasons For iOS Today the iOS App Store is home to over a million applications, all of which are tested and approved by Apple to ensure a superior user experience. The App Store is home to highly optimized applications for gaming, productivity, and creativity, so you can do more than ever, using the power built within the latest iPhone X.   The Most Secure iPhone The iPhone X is the most secure iPhone with the latest Face ID technology, allowing users to unlock their phone by just looking at it. Countless tests and attempts to fool the face detection technology have gone unsuccessful. Wearing glasses, a hat, or even getting your hair cut can’t defeat the system. The technology is proven to be much more secure than a fingerprint, thanks to the A11’s neural engine. That’s why with the iPhone X, you don’t have to worry about who is using your phone!   An Edge to Edge OLED Display The new OLED Super Retina display comes packed with 2 million pixels that run from one edge to another and protected by the most durable glass ever. It’s nearly all screen! Users enjoy sharper text, gorgeous pictures, and very impressive video playback on the crisp 5.8-inch display.   Improved Battery and Wireless Charging The iPhone X now uses the Qi standard of wireless inductive charging. The battery also lasts 2 hours longer than its predecessor and supports fast charging, which takes your battery from 0% to 50% in just half an hour!   The Apple iPhone X 256GB with More Space for Everything iPhone X 256GB isn’t just more than enough for most people who enjoy taking pictures and making 4K videos, but it is also super-fast storage. So, you can store, edit and delete stuff faster than previous generations of iPhones.
$549.00Ex Tax: $499.09
Sale

APPLE IPHONE X - HOW NOT TO NOTCH!

Very few people will need an introduction to Apple’s iconic range of handsets, but those considering purchasing an iPhone may be unsure of where to begin. Since the original introduction of the iPhone back in 2007, the range has gone from strength to strength. Despite the popularity of the iPhone, Apple recognized that a redesign was needed after 10 years, which resulted in the release of the Apple iPhone X also pronounced as "iPhone 10" in two colours; Space Grey(Space gray) & Silver. Apple skipped the iPhone 9 series altogether and declined to provide an official statement as to why the number 9 was dropped. It's a major step up from the iPhone 7 and iPhone 8. However, rumour has it that the iPhone SE 2nd Generation is basically considered as the missing iPhone 9.

Specifications at a glance

The device was first released in 2017 and offered stern differences in contrast to its predecessor, iPhone 8. One of the most drastic changes was the omitting of the TouchID format, instead opting for face recognition. The dimensions are 143,6 x 70.9 x 7.7 mm which house a 5.8-inch screen delivering an 1125 x 2436 resolution. The screen is a Super Retina OLED capacitive Multi-touch touch which allows for a robust face unlock experience. With a dual 12-MP rear camera and 7MP front-facing camera which still stands strong among some of today’s premium contenders, users can enjoy up to 21 hours talk time thanks to an impressive 2716 mAh battery which can reach a 50% capacity in 30 minutes when employing the use of fast charging. Although additional hardware is required to make use of the fast-charging capabilities, those that are constantly on the move will find this feature worthy of the investment alone. It has the same lte, GSM and sim capabilities as previous iPhones and the battery life is exceptional the same as the iPad. Refurbished iPhone X offers great value for money but you might not a charger or an adapter if you're looking for the best deal. Reputable retailer offer warranty on the refurbished items.

The iPhone X is still a hot seller in 2020. Even though there are many similarities between many iterations of the iPhone, there are also a lot of differences that can affect the decision-making process. Many will find that the older Apple mobile phones within the Apple ecosystem can make viewing videos easy, but those that like to binge on box sets on long commutes will recognize the quality of the video being delivered by the iPhone X, which can be attributed to the HDR streaming capabilities. Regardless of the motivation for using an all-screen device, the X is a reliable handset that can be used for easy communication, gaming, music, and video performance at a bargain price, albeit the notch is a bit of a let down considering its rival Samsung released an all-screen phone the same year. It has a dual-camera system on the back with a wide and a telephoto lens, the Truedepth feature helps in face detection.

It's one of the most expensive phones Apple has released to date but those looking for premium video, solid gaming, and a reliable battery will find the additional investment worthwhile. It has solid specs and offers value for money with features like Face ID and buttery smooth iOS experience.

iPhone X Price in Australia & where to buy one from?

Available in either 64 Gb or 256 Gb variants, both offer the same exceptional performance at amazing value for money. Unlike the new Apple iPhone 12 pro and other variants, it was launched with a charger inside the box. In 2021, the expected price in Australia for the 64 Gb version is just shy of $690 and the Apple iPhone X 256Gb version is around $850. If you want to buy iPhone X in Australia make sure to compare our competitive low prices on a wide range of iPhones with those of Officeworks and JB HiFi. Prices tend to vary from one seller to another as it's an older model and some overseas online sellers sell the cheaper non-Australian variant so do make sure to confirm it with the seller. You can even buy one in excellent condition with no signs of wear. Mobile networks like Telstra and Optus also offer great plans for this model. Refurbished phones offer great value for money and are worth it.

Where to buy a suitable case?

There is an entire range of accessories that was launched alongside the phone back in 2017. Many sellers including us offer protective accessories for it and you can check them online or visit our shop in Melbourne.

Is it worth replacing the screen in 2021?

iPhone X screen repair is quite common and cheap these days. Clumsy hands account for more than 50% of phone drops resulting in a crack or LCD being shattered. The rest of it happens when you hand it over to kids, bump into a table corner, sit on it, or drop it while drunk. Now when that happens, you would want to retrieve your data and get your phone working like normal at the earliest. The easiest way to go about it is by having your screen repaired. Check out cheap phone repair services offered at Phonebot

Detailed information on this model is available on Wikipedia here