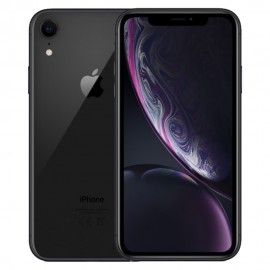 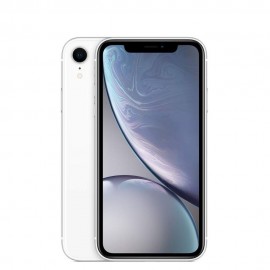 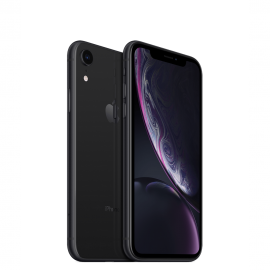 Despite the iPhone being recognized as one of the most premium handsets available, Apple soon discovered that not everyone needed the top specifications. Hence it would release the iPhone XR in 2018 alongside the more expensive XS and XS Max. Apple iPhone XR was one of the least expensive iPhones in the Apple flagship lineup.  Apple compared the "R" with rally or race cars because of their endurance and the XR lives up to its name as its battery easily outlasts the other iPhone models. It would be easy to assume that a phone with lowers specs may not be a hit with the general public, but nothing could be further from the truth. Not only was Apple able to win over customers that may have been dissuaded by price before, but It also became one of the bestselling devices in the third quarter of 2019. As well as being a more affordable handset for the masses in the west, the XR found a solid customer base in countries such as India & Australia.

The aesthetics of the handset are like that of the iPhone X, XS & XS Max, albeit with some differences discussed below. This device was released in a series of wild and vibrant colors:

As with other phone models, this model also comes in various storage capacities

As expected, the larger the capacity of the phone, the higher the price will be. Those who are only using their smartphone casually should find that the 64GB is more than enough storage. However, those looking for a handset that can store personal videos and music will probably need more storage.

Regardless of the color of the handset, all variants contain a black front. Although the XR does have limited specifications when compared to other handsets, this does not make it a mid-range device, as the changes made still offer a premium experience that makes this model a worthwhile consideration. Although the 3D Touch has been removed, this has been replaced by Haptic Touch, which requires the user to long press on the screen until feedback is felt. The screen is a 6.1-inch Liquid Retina variant as opposed to the OLED screens seen on other iterations, which delivers a resolution of 1792 x 828.

Despite the lower price, users can still take impressive photographs thanks to a 12MP rear camera and take effortless selfies with the 7MP front-facing camera. However, those that are used to the optical zoom feature need to be aware that it is omitted from the XR due to it only containing a single camera. Another feature that found popularity with users was the 2942 mAh battery which offers up to 16 hours of talk time, impressive given the lower price tag of the device.

When purchasing a smartphone, many can be sideswiped by a series of impressive specifications. With a ton of features that are rarely used in a smartphone these days, you need to stick to your budget and do not overthink your purchase decision, as long as you have done adequate research and consulted friends and family. Despite some of the downgrades made, the subtle differences do not affect the overall Apple experience which is impressive enough for the low price compared to some other flagship devices.

The iPhone XR is a great device launched in October 2018 as one of the cheaper successors of iPhone X with a LED display. Although it is not a flagship device because it compromises on some of the high-end features but it was designed to be a competitive option at a mid-level price point. It was launched in three storage capacities as outlined above and available in ex demo or refurbished condition for $649 AUD (64GB), $749 AUD (128GB) and $829 (256GB) in 2020

Where to buy one?

If you want to buy it in Australia you can check out our huge range of apple refurbished iPhones here. Resellers like Officeworks, JB hi-fi, and Harvey Norman also stock this model, however, it's important to note that the prices vary widely from reseller to reseller, especially online sellers like Kogan might be selling a non-Australian variant of this device cheaper. Moreover, you should thoroughly research and ask around which phone best fits your budget. Phonebot offers great deals on new, ex-demo, and refurbished iPhone XR. As with each Apple model, there is a massive range of accessories that launched alongside this device, and many sellers, including us, offer accessories for this model that you can check on our website or visit our shop in Melbourne.

Screen replacement costs. Is it worth it in 2020?

You should be looking to pay anywhere between $100-$180 AUD for iPhone XR screen replacement (part+labor) depending on where you get it fixed from. Some repair places charge more so make sure to shop around before you hand your phone in for repair. All screen replacements should come with a warranty and the quality of the screen should be the same or very close to the original display quality. Ask our friendly staff for screen replacement options for reliable and expert advice