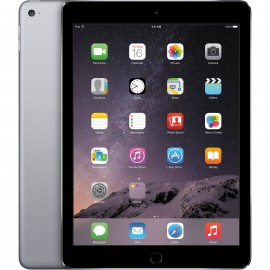 Apple iPad Air (32GB) Wifi Cellular [Grade A] Get your Apple iPad Air from Phonebot at affordable rates. Priced reasonably, Apple iPad Air provides you with an amazing experience at a cheap price. Product Information · Meet a stunning mobile computing experience in a very thin and lightweight Apple tablet PC. The iPad Air is powerful and efficient at the same time, thanks to its A7 chip and M7 motion coprocessor, on which the iOS is running. These features, put together, make multitasking a breeze and let you spare battery power. Sporting a 9.7-inch multi-touch screen with Retina display, the Apple iPad Air delivers a 2048 x 1536-resolution, over 3.1 million pixels and enables you to capture beautiful, sharp photos. The Apple iPad Air comes in a capacity of 32 GB, so you can store anything you want. Supporting Wi-Fi or Wi-Fi+4G connectivity, this Apple tablet PC makes your browsing and downloading experience very fast. Moreover, the 5 MP iSight camera on the Apple iPad Air with advanced optics improves still image and video capturing. The 1.2 MP FaceTime HD camera, featuring a backside illumination sensor, brightens up and improves your video calls overall. This Apple iPad comes in space grey finish and works with the Verizon cellular network.
$299 Ex Tax: $272
Sale 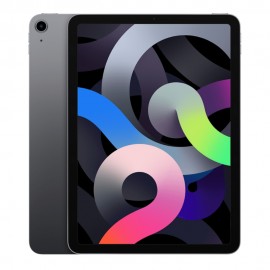 The Apple iPad Air was launched all the way back in 2013, three years after the launch of the original iPad. With the Apple iPad Air, Apple wanted to diversify the iPad range and give consumers more options to choose from. So, if you’re someone who’s looking to buy iPad Air then you’re at the right place. Let’s discuss refurbished iPads, their specifications, price, and other details.

You can buy the various models of the iPad Air like the iPad Air 1st Gen, iPad Air 2, iPad Air 3, and iPad Air 4 from a variety of retailers like Officeworks, Telstra, Dick Smith, and Kogan but if you’re looking for the best iPad Air price then you’re at the right place. We have a huge selection of the highest quality iPad Airs at the and best prices in Australia.
The price of an iPad Air starts at $229 and they offer amazing value for money at this price.

The iPad Air 1 has a 9.7-inch display with a resolution of 1536 x 2048 pixels and a pixel-per-inch density of 264. The screen is excellent with impressive sharpness and color accuracy. It is powered by an Apple A7 processor and can be upgraded to the iPadOS 12.4.6.
The iPad Air has a 5-megapixel rear camera and a 1.2-megapixel selfie camera which takes decent photos and gets the job done.

Apple launched the iPad Air 2 in 2014 with the updated A8X chipset and came with the iOS 8.1 which can be upgraded to the iPadOS 14.6. It also has a 9.7 inch IPS LCD display with the same resolution and pixel-per-inch density as the iPad Air so the display experience is pretty similar.
The iPad Air 2 also has an upgraded camera setup, it features an 8 megapixel rear and 1.2 megapixels at the front.

The iPad Air 3 has a 10.5-inch screen and weighs 456 grams. It has a glass front, aluminum back, and aluminum frame. It feels excellent in the hands and the 10.5 inch IPS LCD display is scratch resistant and has an oleophobic coating. It is equipped with Apple’s A12 Bionic processor so the performance is blazing fast. The iPad Air 3 also has an upgraded camera setup, it has a 7-megapixel camera at the front and an 8 megapixel on the back.

The iPad Air 2020 has an A12 Bionic Chipset which means the performance is on par with one of the best Apple devices. It has a 10.9 inch IPS LCD display that goes up to 500 nits of brightness and it can also be upgraded to the latest iPadOS.