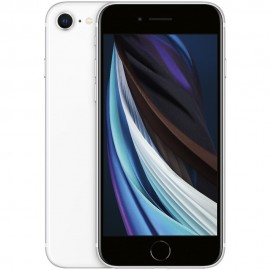 Apple took the world by storm with the release of the Apple iPhone SE (Special Edition) back in 2016 and Apple had the same success with the release of the Apple iPhone SE 2nd Generation in 2020. The success was amplified by the fact the price was budget-friendly, the iPhone SE 2nd Generation has a flagship chipset and performs like a true flagship. The ‘Special Edition’ of this iPhone lineup offers insane value for money and top-of-the-line performance. If you are in the market for a Flagship phone, you might need to pay a flagship price unless you go for a refurbished iPhone SE 2020. Let’s discuss the iPhone SE Second Generation, its price, size, quickly compare this iPhone model to the iPhone 11 and let you know if you should buy iPhone SE 2020. and why you should buy one.

The iPhone SE 2nd Generation is perfect for those who prefer flagship performance in a smaller than ordinary form factor. The dimensions of the Apple iPhone SE 2nd generation are 138.4 x 67.3 x 7.3 mm and it weighs 148 grams. It has an Aluminium frame in the middle with a glass front and back. The Apple iPhone SE 2 also supports wireless charging and fast charging just like the iPhone 11.

The iPhone SE Second Generation features come with a 4.7-inch Retina IPS LCD display which goes all the way up to 625 nits of brightness and sunlight visibility is good. The display of the phone is not ultra HD but it's plenty sharp with good colour accuracy and it also has True Tone and a wide color gamut. The display has a resolution of 750 x 1334 and the pixel per inch density is 325. The small form factor of the device is perfect for those who prefer to use the phone with a single hand.
Let’s talk about why the phone has raving reviews, the chipset. The iPhone SE 2 is powered by Apple’s A13 Bionic chipset and can be upgraded to the latest iOS. It has the same chipset as the more expensive iPhone 11 lineup and its performance is on par with one of the best flagship phones. The colour options you have with the iPhone SE 2nd gen are:

The mobile phone also has an advanced camera setup on the back that can shoot 4k video in up to 60fps (frames per second). The video recording on the device is excellent and the 2nd generation of the iPhone SE also has a dedicated night mode for the cameras which helps in low lighting photography. The results are excellent and Apple has done a phenomenal job with the camera of the recent mobile phones. Just like all other major Android phones, the SE 2 also has a dedicated portrait mode for the cameras. The front-facing camera performance of the device is also good and it can take good selfies and is perfect for video calls. It has a 7-megapixel front-facing camera unlike the 1.2 megapixels of the previous iteration. The phone has a single camera on the back unlike the recent pro max variants of the phones but the single camera does a phenomenal job and one can't complain about the picture and video recording quality. The camera features like Smart HDR, portrait lighting effects and optical image stabilization helps in taking good shots. All in all, the camera performance is great just like the Google Pixel phones.
The battery life of the phone is also good and it can easily last you a day if you're careful with it. Nowadays every major phone has an IP rating and the iPhone SE 2nd Gen is no different, it has IP68 water and dust resistance rating which protects the phone from water and dust particles from getting inside the device. Other than that, the phone also has a good haptic touch response. Like all recent phones, it also lacks a headphone jack you would need to use a headphone jack adapter if you want to use 3.5mm headphones with the phone but the phone tries to make it up with fast charging and wireless charging which are both welcome upgrades to the SE lineup. The good battery life, excellent performance thanks to the A13 Bionic chipset, dedicated portrait modes, water and dust resistance rating, True tone display, Touch ID, wireless charging and fast charging are some of the reasons why you should buy the iPhone Se Second Generation in 2021. The SE 1st was a huge success and the SE 2nd has huge shoes to fill but Apple made all the right upgrades to make it the perfect successor. The 2020 budget flagship does not have Pro or Pro Max variants like the recent iterations of the iPhone but it is the perfect budget iPhone one could ask.

The reason for comparing the iPhone 11 with the iPhone SE 2nd Gen is that both phones have the same chipset, Apple’s A13 Bionic. The performance of the BIonic chip by Apple is one of the best we have seen in recent times, it performs like a true flagship chipset and performance is also good in also the latest video games. The iPhone 11 has a 6.1-inch Liquid Retina IPS LCD whereas, the iPhone SE 2nd generation 4.7-inch Retina IPS LCD display, both phones offer true tone and wide colour gamut. The display type is also similar in terms of colour accuracy and sharpness. It is also equipped with a stereo speaker setup that sounds great. They also have IP68 water and dust resistance rating which protects the phone from water and dust getting inside the device. Along with that, they also have a wide color gamut and true tone display, wireless charging and good battery life. The SE 2nd gen is perfect for you if you're looking for a powerful device with a small form factor. Both phones have a capable selfie camera along with an advanced camera setup on the back which offers portrait modes among many other features. As you would expect from all the latest phones the iPhone 11 and the iPhone SE 2nd gen don't have a card slot just like the SE 1st gen.

The iPhone 11 has a bigger display, Face ID, bigger battery, slightly upgraded cameras and an IP68 rating which makes the phone water and dust resistance. The A13 Bionic chipset truly performs like a beast and it's one of the best chipsets when it comes to mobile phones. This iPhone model and even the 11 Pro Max have the same chipset. It is upgradeable to the latest Apple operating system.

The battery life of the Apple iPhone SE 2020 is also great and can last you a day (depending on your usage). Both the Apple iPhone 11 and the Apple iPhone SE 2 support 4k video recording at up to 60 frames per second. The 4k videos look phenomenal and they have excellent details and dynamic range. Both mobile phones have 4g LTE, the SE 2nd gen also has Touch ID, whereas, the iPhone 11 relies on Face ID to unlock the device.

You can buy the iPhone SE 2nd Generation from retailers like Jb HiFi or Big W but if you’re after the cheapest prices and highest quality then Phonebot has you covered. We have a huge range of iPhone SE 2nd generation in multiple grades and storage capacities for you to choose from. The price of an iPhone SE 2020 64gb Generation starts at $449 and iPhone SE 2020 128gb starts at $499 in Australia. It is a true value phone just like the 1st generation and at this price, it offers insane value for money.