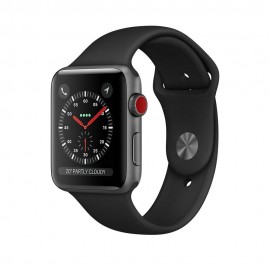 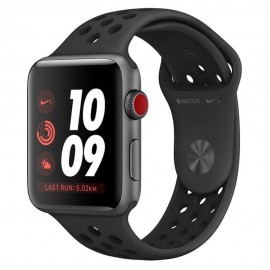 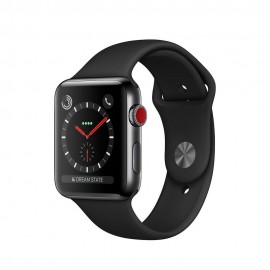 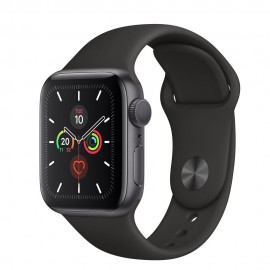 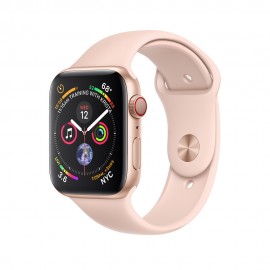 Growing up in the early ’90s was a very hopeful time. The internet, though greatly proliferated, was still considered to be a nascent technology. There were many other technologies around the time that had working concepts but were still not viable technologies.

The smartwatch which had been in existence since the early 1970s was still something that was hoped for in the ’90s. There was some progress made in 1994 and 1999 with smartwatch releases, some with cellular connectivity but those models are best left to history. This is the right time if you're in the market for a cheap Apple watch.

It wasn’t until the 2010s that the smartwatch of today took shape. Intuitive features such as GPS, wireless and Bluetooth connectivity and an interactive display became a staple of this category.

Remember the Pebble Watch? It would show the world how much innovation has given the watch the ability to run an app and still have excellent battery life. Great times indeed,

Then the myriad of smartwatches in Australia took over and it was close until the Apple Watch and WatchOS came into existence with a variety of colours, the ability to change the band and case size to throw the market into disarray. Every popular brand out there and their app stores were throwing deals to stay competitive but their wireless watch options did not have the backing of iOS.

Since 2015, the Apple Watch has been the accessory of choice for many enthusiasts of the company that resides at Apple Park. Here is a watch that boasts of everything that your phone is capable of, albeit on a smaller scale.

Perhaps the best thing about owning the Apple Smartwatch is the ability to remove yourself from having to check your phone every now and then. Instead of reaching into your bag, or your pockets, you could just twist your wrist and you have all the information that you need.

That was the motivation behind the development of the Apple Smartwatch and as you know, it has more than delivered on sales for the Cupertino giant. This has been down to innovative features such as cellular connectivity, GPS, being water-resistant, fitness track capability for whichever sport you are engaging in.

They also come in a variety of visual style options with sizes going from 38mm, 40mm, 42mm and 44mm. You can also find gold, silver or stainless steel watches to choose from.

The Apple watch series 3 was announced back in 2017 and it weighs 52.8 grams which is incredible considering how it performs and feature-rich it is. The price of an Apple Watch Series 3 GPS 38mm starts at $229 in Australia.

If you are looking for something that isn’t older than last year’s model but still doesn’t cost as much, then you may have should go for an Apple Watch Series 6 40mm GPS. The Apple Watch SE has similar features to those that are found on the Apple Watch Series 5 such as family setup, blood oxygen and heart rate monitoring, sleep tracking, detecting falls and the major one, being waterproof.

What Is The Cheapest Apple Watch?

This definitely does not apply to the Apple Watch Series 6... to a point.

As to what is the cheapest Apple watch to buy, that is dependent on how you will view things. Cheap is a relative term. There are some criteria you will have to attach to the term cheap to help make sense of this statement.

Cheap can mean a price that is unbelievable low, especially when you consider that the smart watch has tech features such as being water-resistant, has blood oxygen and a heart rate monitor and is great for keeping tabs on your health and sport and fitness performance. Above all this, the display and the battery is still in great condition for the price.

The Apple Watch Series 3 is compatible with the iPhone X and the latest iOS build. It has a barometric altimeter which is a great capability extender for the myriad of fitness apps that can be found on the iPhone.

It is in the hardware that the price of this Apple Watch SE starts to show. It is powered by the same processor found on the Apple Watch Series 5 and comes with the Optical heart Rate Sensor from the second generation of the Apple Watch.

Where Can I Buy A Cheap Apple Watch?

One thing the Apple Watch is known for is maintaining its prices over a number of years. However, there are instances where you can get a cheap watch at a price point you may like. A used watch, depending on the condition, can range anywhere from $150 to $400.

Every once in a while, a watch sold on the retail market can develop a number of issues while it is still under warranty. They can range from software issues rendering them unusable, to manufacturer defects and even accidents. At this point, the previous owner will return it to an Apple Store for an exchange.

A certified professional at the Apple Store will go over the watch and fix any issues that could be plaguing the device. Some of the most common issues include issues with the GPS, display, the band not latching properly or issues with the case size. Once this is done, the device is put back up for sale. This time though, the price will be slightly cheaper than what a new unboxed Apple Smart watch would cost.

This is the perfect option for someone who cannot stomach the risk of buying a smartwatch without some form of coverage. In this case, Apple will offer;

· A limited warranty for one year.

While the Apple form of refurbishment may seem like the most viable option, you won’t be saving that much when compared to the price of a new Apple Watch. Amazon then decided they would like you to have a different option in terms of refurbished Apple Smartwatches.

Amazon will also refurbish Apple Smartwatches that are available to them. The only difference here is that the person doing the refurbishing is not approved by Apple to do it. They are experts at refurbishing the Smartwatch though.

Buying a refurbished watch from Amazon also comes with a variety of options and support. You are guaranteed a replacement or a refund for any Apple Smartwatch that fails within the first year of you owning it. They will also provide you with troubleshooting support should the need arise.

The thing to watch out for with Amazon refurbished Apple Smartwatch is their availability. They are not always available, and whenever they are, they are quick to sell out. If you are dead set on getting an Amazon refurbished Smartwatch, you will have to keep checking the website periodically to see if they are available.

Apple isn’t the only one who is in the business of selling a refurbished Apple Watch. There is a myriad of other websites such as Officeworks, Harvey Norman, Dicksmith, Kogan and many online shops. Just find one with the right starting price, click add to cart and update your delivery options. The best part is, an online shop will always run a discount offer sale or flash deals.

You can get great deals on brand new. refurbished or used cellular devices and Apple Watches. Various models ranging from 38mm, 40mm, 42mm and 44mm versions. All are upgradable to the latest WatchOS version for compatibility with your iPhone. You can also shop for accessories such as different cases and wrist bands if you don't like the bands you have.

You should, however, read the conditions that come with those watches. Reputable retailers sell Apple Watches with a warranty that can be extended to 24 months, and free shipping with free returns up to 14 days. Loop Mobile has similar offers with a 30-day money-back guarantee. If you're looking for a reliable smart watch, you should buy an Apple watch. However, you'd find the cheapest Apple watches at Phonebot.